Film Festival Amid Ruins ‘Breath of Fresh Air’ for Palestinians

A five-day film festival called the “Red carpet” took place in Gaza amid the ruins of last year’s devastating war. Director of the festival, Khalil al-Mozayan, spoke to Sputnik in an interview about the importance of this festival for the Palestinians.

The festival is an attempt to provide citizens of Gaza with a unique opportunity to visit the cinema and watch the latest movies. It is also an effort to bring back life into the region.

Khalil al-Mozayan, told Sputnik, “I did not expect such a large number of spectators at the festival, which was planned to take place in the port of Gaza with the aim to tell the world that 2 million Palestinians have been under Israeli blockade for more than 10 years now and are in need of a ‘breath of fresh air.’”

A resident of Gaza, Mohammed, came to the festival with his family to watch a movie called, “Ya Tayr El Tayer” (The Idol), biography about a young Gaza singer Mohammed Assaf, the winner of the TV show “Arab Idol” in 2013. It was the film’s premiere in the Gaza Strip.

© AFP 2019 / MOHAMMED ABED
Palestinian families attending the screening of a movie during the opening of the “Red Carpet” cinema festival in Gaza City, on May 12, 2016.

This cinema is different from other cultural experiences of movie watching from around the world but even this is satisfactory for Mohammad who came to the premiere because under occupation there is no other option to watch the movies.

Mohammad said, “I am a graduate of the Faculty of Journalism and currently unemployed, but I have been coming to this festival for five days in order to learn how the directors and people around us think. I hope that this will help us produce our own films that will participate in the festival next year.”

Ahmed Younis, another visitor, told Sputnik that he wanted to go to this event last year, but there were so many people that no available seats were left.

Red Carpet Film Festival was held last year in the east of the Gaza Strip in the area of al- Shejaiya, which underwent one of the most devastating Israeli air bombardments in the war of 2014. The red carpet was laid out in the center of the devastated area and survivors of the war walked the carpet.

Despite the fact that Hamas security forces banned the film festival in the port of Gaza, it found a place in the city center. 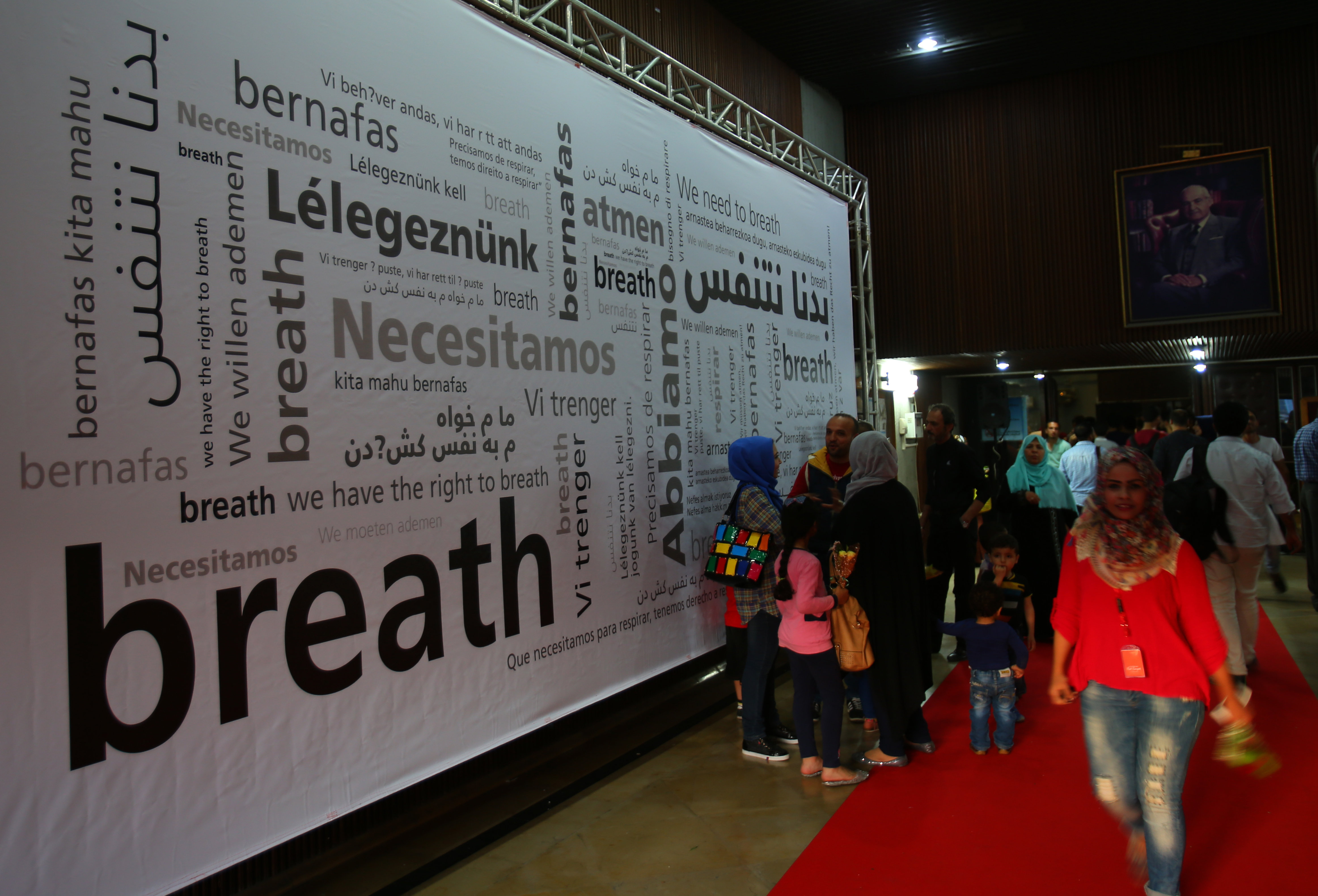 Unfortunately, none of the famous people could attend the festival because of the Israeli blockade does not allow free entry or exit into the enclave.

During the film festival 12 autobiographies, 17 documentaries and 30 short and animated films from 7 different countries were shown to the audience during five days.

The director of the festival, al-Mozayan explained that he tried to avoid screening films with explicit scenes in them.

“All the films were first shown to the Ministry of Culture, led by Hamas,” al-Mozayan said. He further added that he had cut out kissing scenes, like he did in his film “Sarah,” which tells a story of woman’s murder.

Red Carpet Human Rights Film Festival “Red carpet HRFF” is a festival for short and long narrative and documentary films will be held in Gaza Strip to highlights human rights issues, mainly in Palestine and generally all over the world.